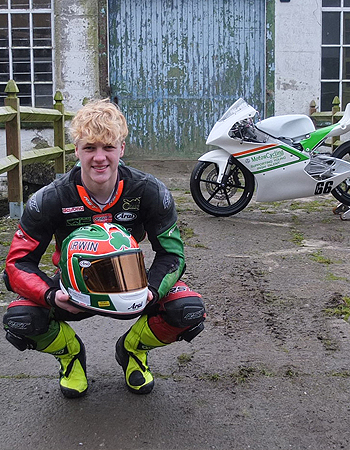 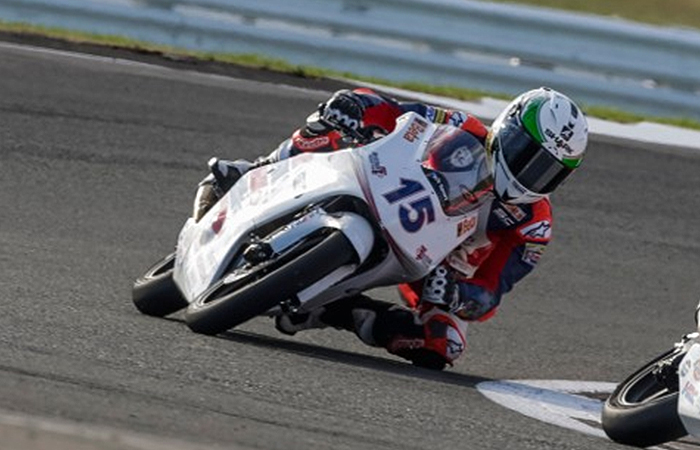 17 year old student Rhys Irwin is tipped to be a future Motorcycle Racing star. Over his relatively short career he has set the standard for young Irish racers with championship & race winning performances along with setting numerous lap records. Rhys’s talent has been recognised by MotoGP promoters Dorna who have taken him to their all expenses paid British Talent Cup series where Rhys will race for a second season during 2019. Rhys has also previously been nominated for numerous sports awards and has been invited to the Red Bull Rookies selection event in Spain as well as being a double Irish Young Racer of the Year award finalist.

In 2019 Rhys will continue to race in the British Talent Cup, which offers young racers an opportunity to get themselves on to the MotoGP ladder with backing from Dorna, should they impress sufficiently in the championship. Alongside his BTC commitments the youngster will also race in the British Moto3 Standard class, riding a bike provided by Irish Motorcycle Racing’s governing body, Motorcycling Ireland.

2018 RACING IN THE BRITISH TALENT CUP AND BSB MOTO3
Competed at World Championship events for the first time.
Picked up two top ten finishes in the BTC.
Took first podium in the British Moto3 Standard class.
Achieved fourteen top ten finishes from sixteen races in his first Moto3 year.
Secured a return to the BTC for 2019.

THE FUTURE
Rhys intends to use the British Talent Cup and its association with MotoGP to progress his career towards the World Championship paddock. For 2019 his goal is to fulfil the potential he demonstrated last season and get to the front of the BTC grid while also challenging for the British Moto3 Standard class title.