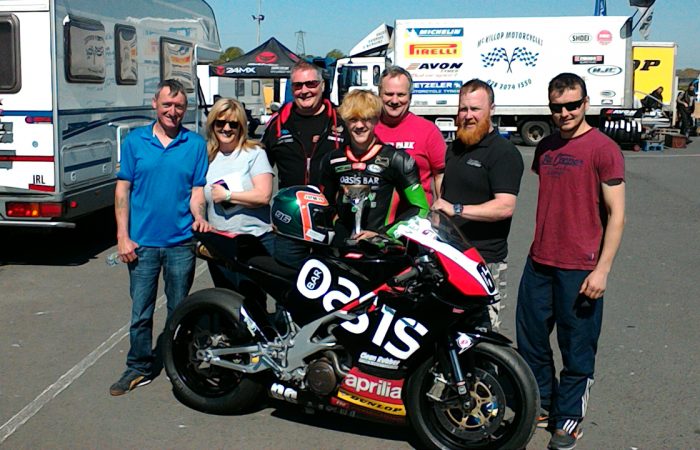 Irwin Racing was set up in 2017 to run Caolán and Rhys Irwin in Thundersport UK and the Masters Superbike Championship. Following two years of running with an external team 2017 was the first season everything was done in-house.

For 2019 the team is heading into its second season competing at the highest level of British Motorcycle Racing in the British Superbike Championship where Caolán is a front runner in The Superstock 600 class and Rhys is competing in the Moto3 Standard class.

For 2019 Irwin Racing has partnered with Ready 4 Racing for all of its BSB commitments and this partnership will take the team to a new level of professionalism and offer increased exposure benefits to all of its supporters. Irwin Racing will also bring Caolán Irwin to the Dunlop Masters Superbike Championship at Mondello Park in Ireland for events that do not clash with its BSB commitments.

Irwin Racing is an exciting platform through which to promote your company or products while assisting the careers of two of Ireland’s top young sportsmen.

Sponsorship packages can be tailored to your needs and can include any of the following.
Branding on both team bikes and riders.
Extensive branding on the team truck, awning & team clothing.
Exposure of your involvement through our social media channels and web site.
Media exposure in local, national, sporting and trade publications.
A media launch of your sponsorship.
Attendance by the team or riders at your own promotional events.
Tickets to event in the UK and Ireland.
Hospitality at events.
Inclusion of your logo on all team promotional materials.

Sponsorship options are available to suit all budgets and requirements and we would be happy to talk to you about putting together a package which suits your needs.